Alice Aida Ayers is a performance artist (living history, acting, directing), and currently the author and director of the one-woman show and workshop, “It’s Me I’m Running From” Her skills in teacher training, motivational speaking, visualization coaching, and art therapy, were the foundation of opening Creative Solutions Zanzibar, and co-founding Creative Solutions Mexico. Her career has involved performing and facilitating in America, Germany, Mexico, and several countries in Africa, serving as a resident artist in theatre, visual art, poetry, and an adjunct professor. She has contracted out as an artist in education since 1990 and conducted residencies in over 150 schools, colleges, community centers and libraries for audiences and students. As an arts activist, she has been at the forefront of implementing arts programming in multiple communities. 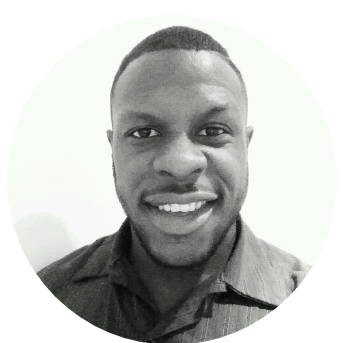 Born and raised in Brooklyn, New York and known by most as Seymour. Seymour is a play on words as in “see more”. I want to see more wealth, see more love, see more worlds. As long as I can remember I have had a passion for building and real estate. I desire to use my hands to build these worlds that my mind creates. I’m also consumed by wanderlust and have an insatiable desire for knowledge. It’s this insatiable desire that led me into a passion for meditation. Dealing with fear, paranoia and doubt kept me from becoming who I truly wanted to become. “Nothing outside of you is greater than what’s within”. With that being my favorite quote I started using meditation as a tool to solve my problems and also bring them to light. My journey has also inspired me to become a teacher and aide anyone else on their path of healing. Becky Howlett is an attorney and consultant specializing in federal Indian and tribal law and relationship building in Indian Country. After struggling with depression and anxiety that began in law school and continued while in private practice, she found healing in meditation and mindfulness. This experience compelled Becky to do an in-depth study of meditation and mindfulness techniques and
share these practices with others, especially communities that are disproportionately impacted by chronic stress and trauma, including legal practitioners and Native community members. Becky was particularly drawn to the N.A.T.U.R.E. Center’s teacher training given the Center’s
overarching emphasis on cultural competency and adult learning in non-traditional environments. Since joining the class, Becky has begun volunteering as a meditation liaison at her alma mater and is leading weekly guided mindfulness exercises at the University of Kansas School of Law. In
addition, she was asked to join the newly formed Kansas State Task Force on Lawyer Well-Being. Poorly coping with body image negation and emotional malnutrition, I turned to plant-based foods as a way to heal and seek a spiritual awakening. Using this inspiration I explored a love of cooking that travels back through 3 generations of my family and opened the first raw food restaurant in Daytona Beach, Florida with the help of my ex-husband and 5 children

Classical Hatha Yoga helped me to channel and direct the energies that were accumulating in my body because of the diet I chose. Following Hatha, I was attracted to the stillness and quiet power of Baguazhang, Tai Chi and Qigong. Milam (Dream Yoga) enhanced my creativity and visualization skills.

Seeking further on the road of self-knowledge, I traveled to over 17 countries and lived in Egypt, Morocco, Thailand, and China – incorporating methodologies that I learned from teachers and practitioners there as well. Utilizing my M.Ed degree with a focus on Instructional Design, I created a curriculum and began doing introductory workshops for groups and that evolved into me teaching these tools in private sessions.

In my experience, teaching is a reciprocal relationship. To aid with my instruction, I authored the book Healing Fear and Trauma with Pranayama and Qigong. My goal is to offer my talents for the physical, emotional, mental and spiritual benefit of others – and in turn use these special encounters to further my continuous growth on the path. My name is Ombriél Nechole (Breeona Nechole) but you can call me Bree. I started by just sharing my healing journey online to close friends and family, a few years later it was the main focus in both my personal and professional life. Inbetween, my company, was born. I take much pride in being the creator of Inbetween, I create all the teachings, videos, podcasts, blogs, etc for the company along with making the products and hosting the events and services. I am a Wholistic Healer who specializes in Yoni Health & Trauma Healing. I am an attuned Reiki Master, Medicine Woman, and Shaman, plus more; it is quite dangerous to put me into a box. If you’d like more information about me and all I do you can visit https://inbetweeninc.com/about-me/ After she took her first acting class, K Butterfly Smith realized that she would spend her life pursuing her dreams of being a storyteller through cinema, theatrical production and other creative art forms. A visionary, Butterfly has spent the past 25 years finding unique ways to produce, write, direct, act in, and edit her own creative work, showcasing not only her original work but the work of other artists from all walks of life. Her past work organizes community and reflects the various ways in which minorities, predominantly people of color and women, experience the serendipitous moments of life. A proponent of alternative healing, Butterfly combines a holistic approach to art and connectedness to ALL.

Reverie is an opportunity for Butterfly to continue her research, build healing community and create artwork that concentrates on the actual transcendence of the ‘pain-body’, aimed at and about women and people of color of all ages.

Having settled in Los Angeles for 4 years, Butterfly focuses on how to be the change. She says,

“It is important for me to offer another alternative to the violent and fear-mongering films that are frequently released. How can we expect to live in a better world without evolving our thinking? As discussed by Eckhart Tolle, (2006) in his book, A New Earth, there is so much violence and confusion in the world because films are made to amplify the pain-body, an energy entity consisting of old emotion. Thus, he continues to argue that the only type of film that can “fulfill a vital function in the awakening of humanity is film that shows violence in its wider context, shows its origin and its consequences, shows what it does to the victim and the perpetrator and the collective unconsciousness behind it… passed on from generation to generation” (153). I am confident that I can make this type of creative work that will entertain, educate and heal its audience.”

Silent film is one of her favorite genres, and a style that is on the rise again; Butterfly created Rita (2010, RaTheatre). Rita is a short silent film I that details the serendipitous encounter of a woman and a man of color during hurricane Rita in 2005.  She wrote, directed and produced this film because she wanted to see people of color expressing love in a unique way. The film received several awards and accolades. In 2011 the short film screened at Our Images Arts and Film Festival at Rice University in Houston, TX. Rita is available to watch on YouTube. In 2015, she wrote, co-produced, edited, co-directed and co-starred in a community-based web series, Makeda’s Nido.  Some of the elements she incorporated were magic, Sci-Fi, silence, and improvisational dialogue. Through Makeda’s Nido she discovered her love of film editing.

From 2012 – 2016 K Butterfly Smith, co-founded NBHT, Inc. and Solfood Catering where she co-produced the Urban Raw Festival – a day-long event that educates the Little Rock community on the plant-based lifestyle, local crafted food and goods, individual gifts and talents while also encouraging the people to live sustainably and experience handcrafted plant-based food prepared by her and current N.A.T.U.R.E. Center for Meditation founder, C. Marie Long. 2016 celebrated the festival’s fifth and final year.

In 2013, Butterfly received the Arkansas Arts Council Fellowship for her play, In a Year’s Time. The Arkansas Democrat-Gazette nominated her and C. Marie Long as Women Entrepreneurs of 2015 for their work as owners of Solfood Catering, a fresh-causal, plant-based, culinary art.

Summer of 2016, she spent a summer in Venice at Cornerstone Theater Company’s Summer Institute Residency program, working on, “Ghost Town”, an original play written by Juliette Carrillo. After her residency with Cornerstone Theater, she moved to Los Angeles. For the last four years, Butterfly has become Program Assistant for The John Anson Ford Theatres in Hollywood, performed in several industry professional plays and film projects throughout Los Angeles, and directed one of her own original plays in the Hollywood Fringe Festival.

Since 2016, Butterfly has made Los Angeles her home. She continues to pursue her passion of filmmaking, acting, directing, producing, and editing, be an advocate of alternative ways to tell stories, to commit to providing a safe creative space for artists looking for a space to create and present their work, to engage and co-create with other artists, students, and community members who inspire and inform the Reverie’s vision to lead the way in curating creative work that tells exceptional stories and sets the stage for change through diversity, inspiration, and enlightenment for the betterment of the planet. Chardilaine Whitlock (aka Char, or Chardi) is a nurse currently working in Northern California. She lived in Arkansas for 2.5 years after graduating from nursing school and fell in love with the Natural State. She is working on her masters in nursing education and will finish in May of 2019. Her interests include educating underserved communities about health and wellness. She is interested in understanding the root cause of health disparities among communities of color and creating holistic models of wellness that address these issues. Dr. Yakini is a Licensed Clinical Social Worker who has over 25 years of experience working with children, adolescents and adults. Her areas of clinical experience include career counseling, parenting skills, post-abortion counseling, and life coaching. She has prior experience as a Chair and Assistant Professor of Social Work at several universities. Additionally, her professional areas of interaction have focused on in-patient and out patient hospitalized children, children in family groups, domestic violence, medical sexual assault advocacy, foster care work, post-partum depression, pregnancy counseling and individual youth and adult counseling.

Asabi utilizes Cognitive Behavior Therapy (CBT) with clients and participates with individuals in a healing partnership as they focus on their mental, spiritual, physical and emotional concerns to experience positive and healthy outcomes.